There are many beautiful examples of effects that are caused by light scattering: The red color of a sunset, the blue color of the sky, and the color of our blue planet. And these phenomena are caused by the small things in this world: Light is diffusely reflected, i.e. scattered, by smallest particles (molecules, colloids, suspended particles; particles up to a size of 500 nm are referred to as colloids, bigger particles as suspended particles). Turbidity may occur in solids, in liquids, and in gases. In a particle-free gas, or e.g. in water (assumption: pressure and temperature are constant within the medium, and molecular scattering is neglected in first approximation) the light beam would not be deflected, and the medium would be perceived as completely transparent (clear glass, clear liquid, clear solid).

If, however, the medium contains particles, light is scattered at the position where it impinges on these particles, and this causes turbidity. The light quantity that can pass through the medium without hindrance is reduced. 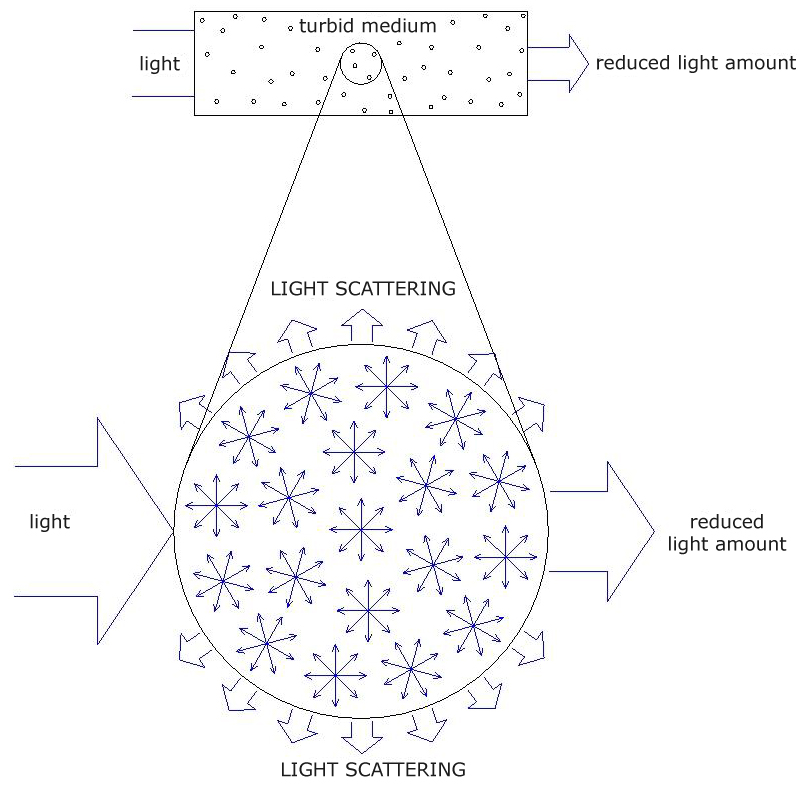 The quantity of light that is scattered, however, increases with growing particle number.

Turbidity inspection
Usually an optical method is used to determine whether a medium is turbid or clear. Various methods are available for this purpose: To avoid the influence of different absorption of the transmitter light depending on the wavelength (dissolved, light-absorbing substances, colored substances), both turbidity inspection and turbidity measurements are performed in a defined wavelength range above 800 nm, i.e. in the IR range, preferably with a wavelength of approx. 860 nm.

The attenuation of the passing light is checked in this setup. A clear sample or a sample with defined turbidity is used as a reference. It also is possible to prepare a calibration table (multi-point calibration).
Backscattering inspection (180° method)

Only the light that is scattered back under 180° is used for evaluation. Up to a certain level an increase of turbidity results in a signal increase (reversal point: When a certain particle concentration is exceeded, a further particle increase leads to a decreasing signal). According to experience this reversal point only is reached with very high particle concentrations.
Lateral scattering inspection (90° method) 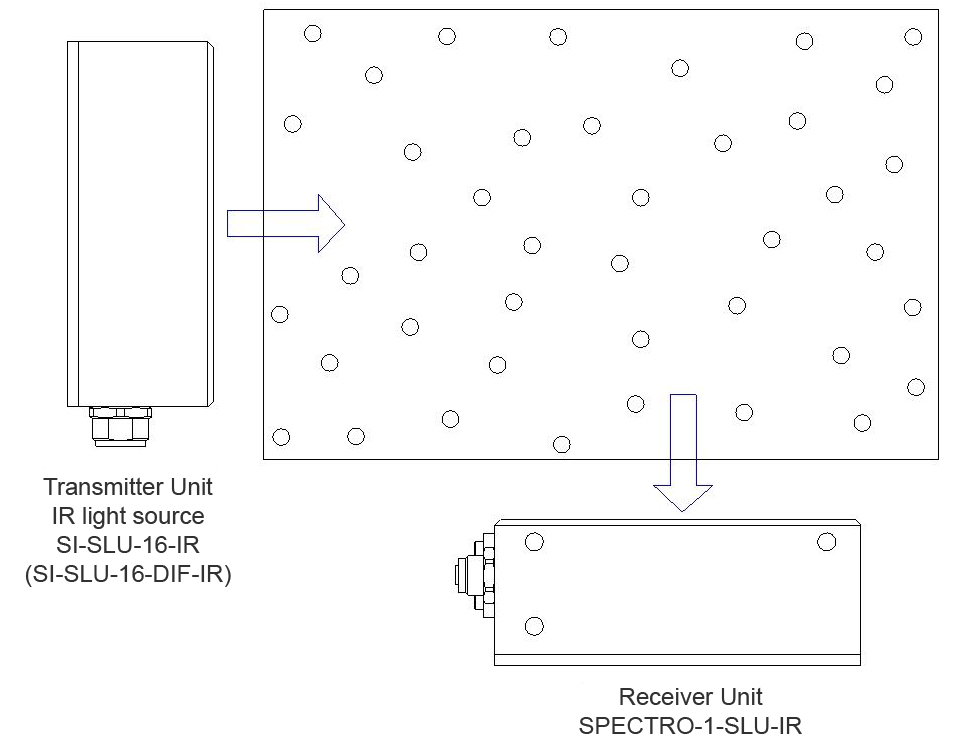 Scattered light also is checked here, but in this setup not the lateral scattered light is detected, but the light that is scattered at 90°.
Also in this case an increase of the particle concentration leads to a signal increase.  The effect is reversed when a certain concentration is exceeded, which is why this inspection method offers the best possible effect with low concentrations. With higher concentrations, however, care must be taken to ensure that the so-called reversal point is not exceeded. 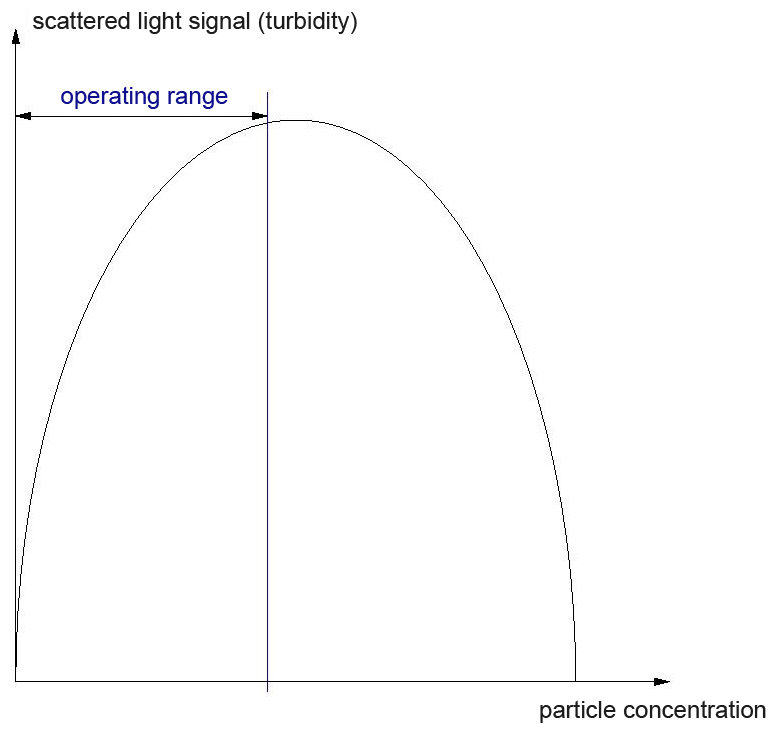 Measuring the attenuation of the transmitted light (0° method)
Turbidity measurement acc. to EN ISO 7027 paragraph 6.4 prescribes a parallel radiation in a wavelength range of  860 nm. The receiver must be set up at 0°. EN ISO 7027 recommends to use this measurement method for very turbid water (the measurement unit is FAU [Formazin Attenuation Unit]) typically with FAU values of  40-4000. 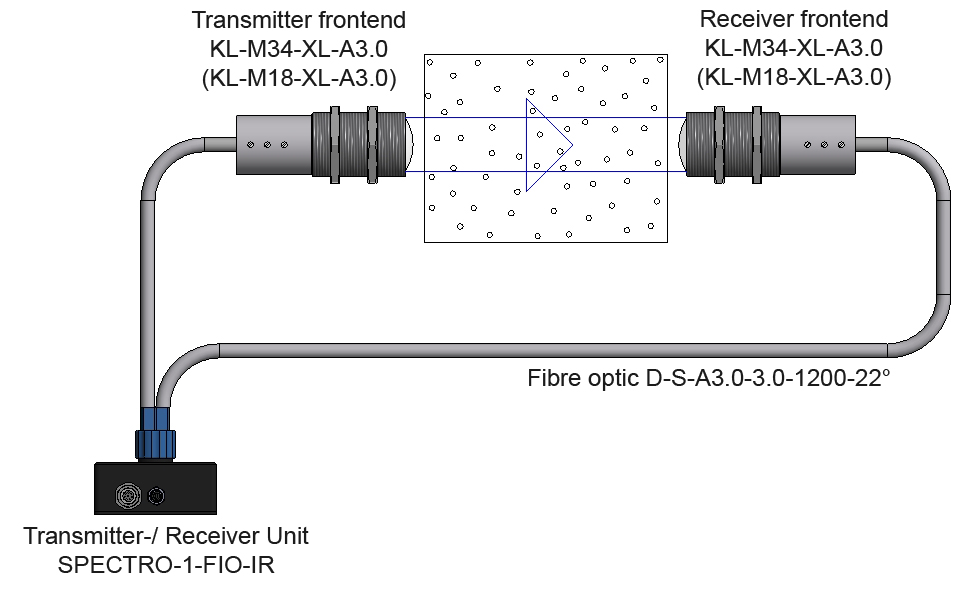 Measuring the scattered radiation (90° method)
Paragraph 6.3 of EN ISO 7027 also prescribes parallel radiation with a wavelength of 860 nm for this method. The receiver must be set up at 90°. EN ISO 7027 recommends to use this measurement method for water with little turbidity. The measurement unit here is FNU (Formazin Nephelometric Unit), and the values here approximately lie between 0 FNU and 40 FNU. 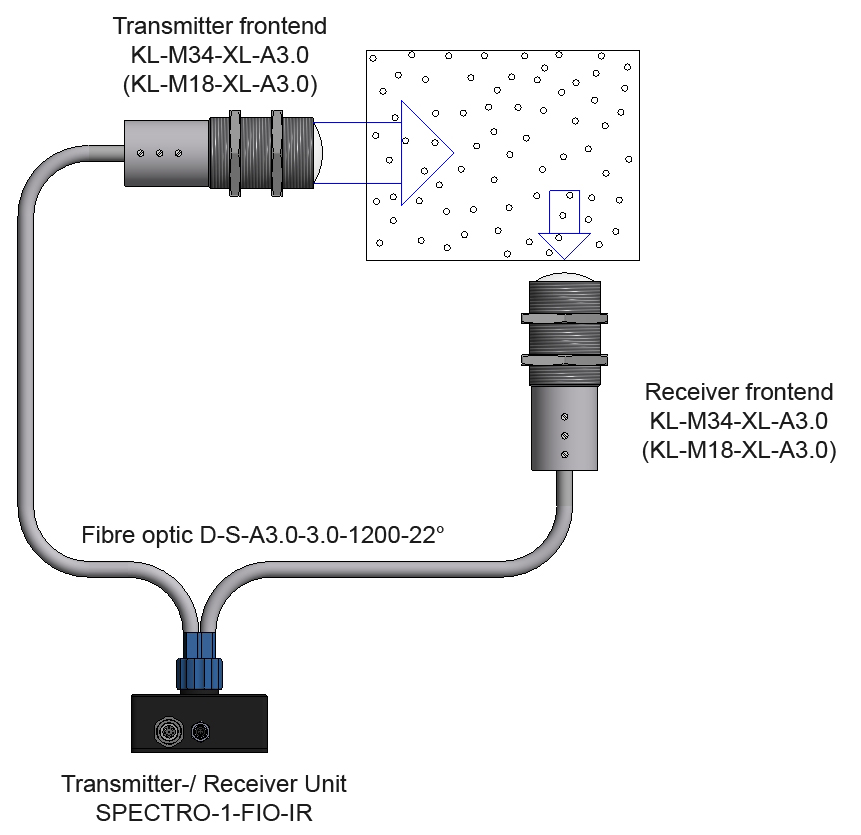