What is the GLAST effect?
Many people surely will know this from everyday life: Your own mirror image on an aluminium packing foil, or food seen through a transparent packing film. In both cases what you get is a more or less blurred image of an object that is sharp in reality.

This effect, a mixture of direct reflection (at reflecting components) and direct transmission (with translucent, transparent components) as well as fogging (diffuse reflection), caused by deviations from the ideal mirror surface (unevenness, scattered particles, scratches → causes of diffuse backward reflection) in case of reflection, or the ideal plane-parallel plate (inclusions, scattered particles, refraction index differences, scratches → diffuse forward reflection) in case of transmission, is referred to as the GLAST effect.

So far the gloss level is available as a measure for direct reflection: 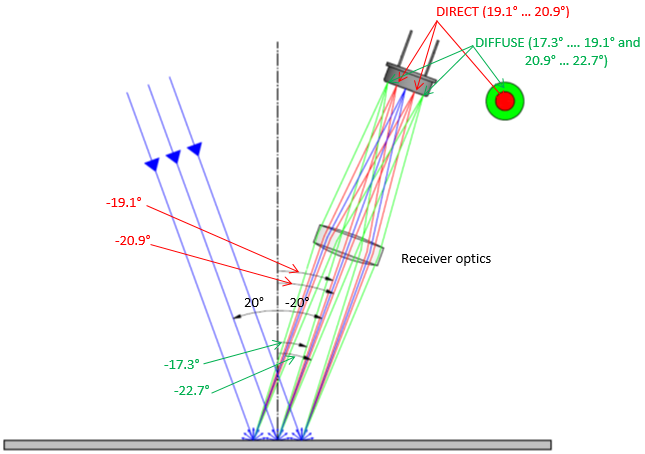 This means that only a small angle section is used for haze calculation. One photodetector picks up the directly reflected radiation (19.1° to 20.9°), and another photodetector (annular arrangement) picks up the diffuse reflection between 17.3° and 19.1° and between 20.9° and 22.9°.
With transparent and semitransparent objects the ratio of receiver-side and transmitter-side luminous flux is referred to as transmission and serves as a measure for the translucence of an object. 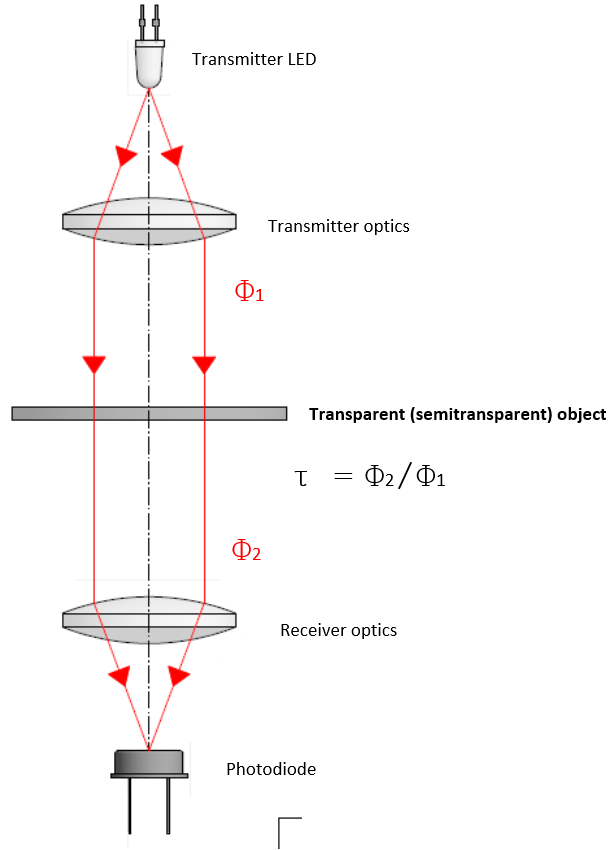 In through-beam operation the haze factor results from the relation between forward light scattering into the complete half space and direct transmission within a range of ±2.5°. Usually an integrating sphere is used for haze measurement which, however, cannot be directly realised this way in INLINE operation. 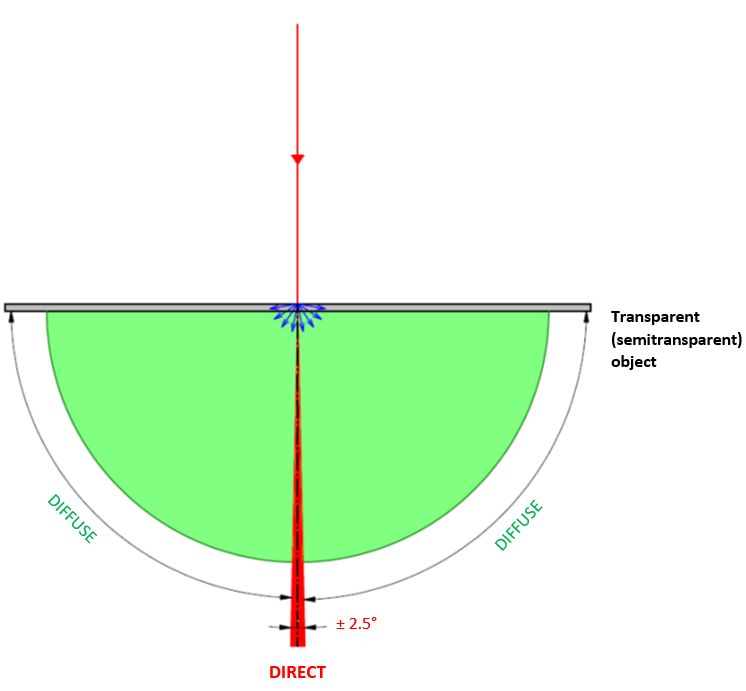 In contrast to the haze effect the GLAST effect is determined by means of imaging optics and thus comes closer to the visual perception of the human eye. For this purpose the object that should be viewed or inspected is integrated in the optical path as an optical element.

An illuminated diffusor disk with a line grid (available line widths of 0.5 mm, 1 mm, and 2 mm) is used as the object to be depicted. In reflected-light operation the object to be inspected so to speak acts as a mirror, and by way of this mirror a section of the line grid is projected onto a line detector by a projection lens: 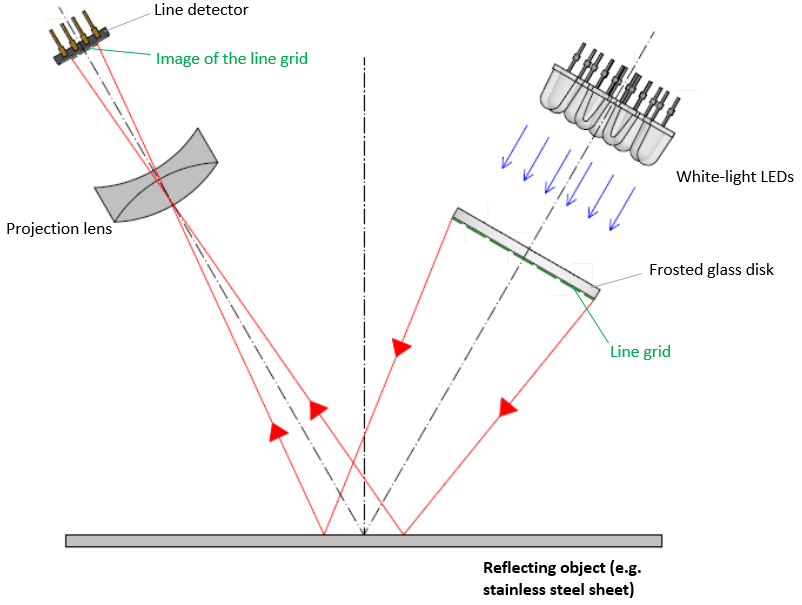 If the object to be inspected now becomes more and more diffuse, the originally rectangular video signal changes into a sine signal with the same fundamental frequency as the rectangular signal (depending on the line grid and on the reproduction scale of the projection lens that is used): 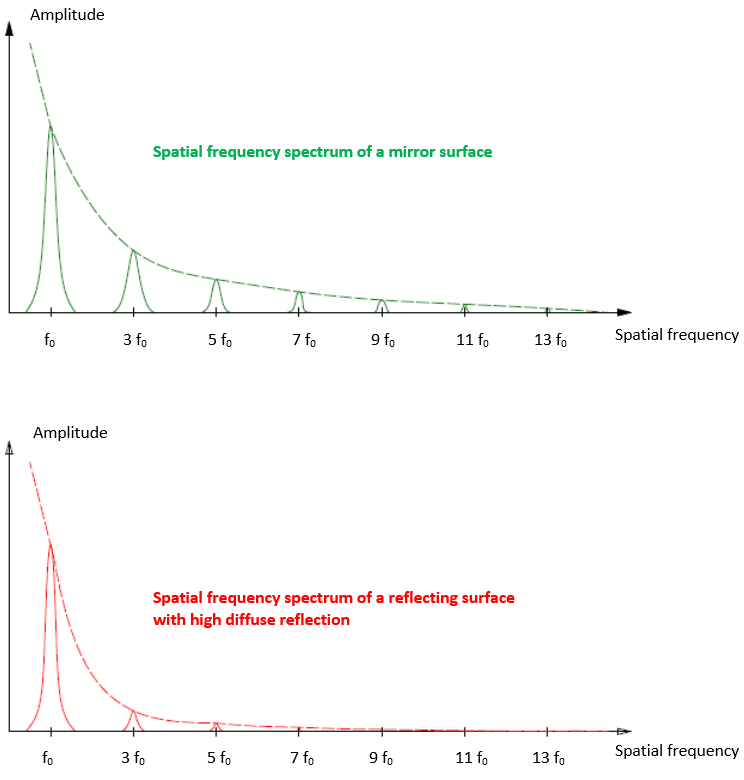 The ratio of the odd frequency components  (3 f0, 5 f0, 7 f0, 9 f0, … , (2n+1) f0) to the fundamental frequency f0 can be used as a measure for how clear or diffuse a surface is (GLAST level).
The situation is similar with transparent and semitransparent objects. Here the object to be inspected so to speak is pushed into the optical path as an optically plane-parallel plate. It should be noted here that the object to be inspected should be positioned close to the line grid.

When the diffuse component in the foil increases, a change of the rectangular shape of the video signal towards a sine shape also can be observed in case of transmission.
In the spatial frequency spectrum this increase of the diffuse component in the object is accompanied by an amplitude decrease of the odd multiples (3 f0, 5 f0, 7 f0, 9 f0, … , (2n+1) f0) of the fundamental frequency f0. 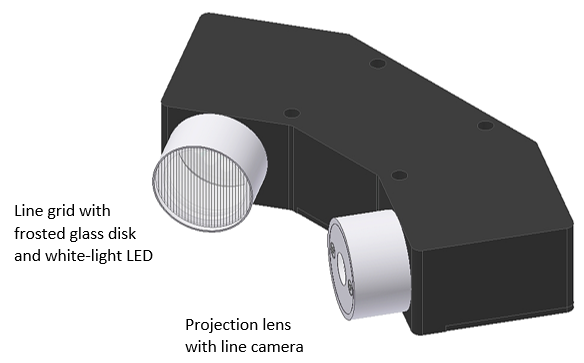 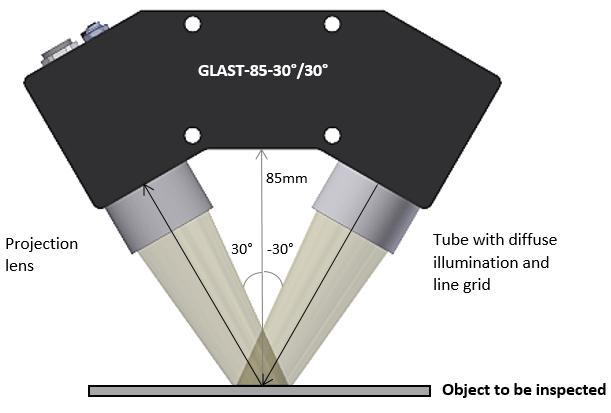 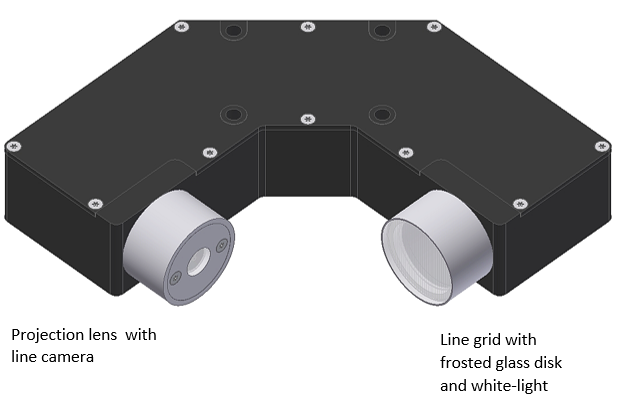 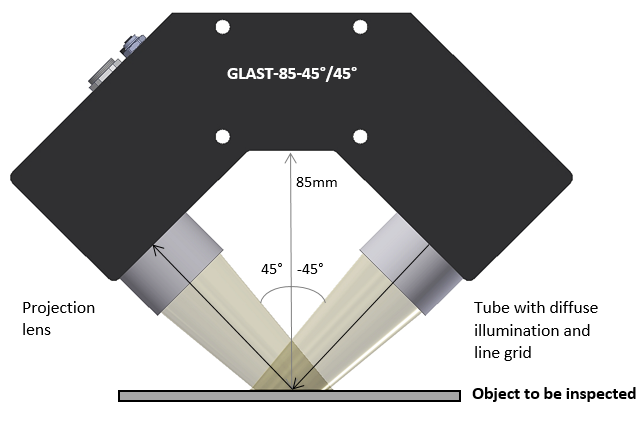 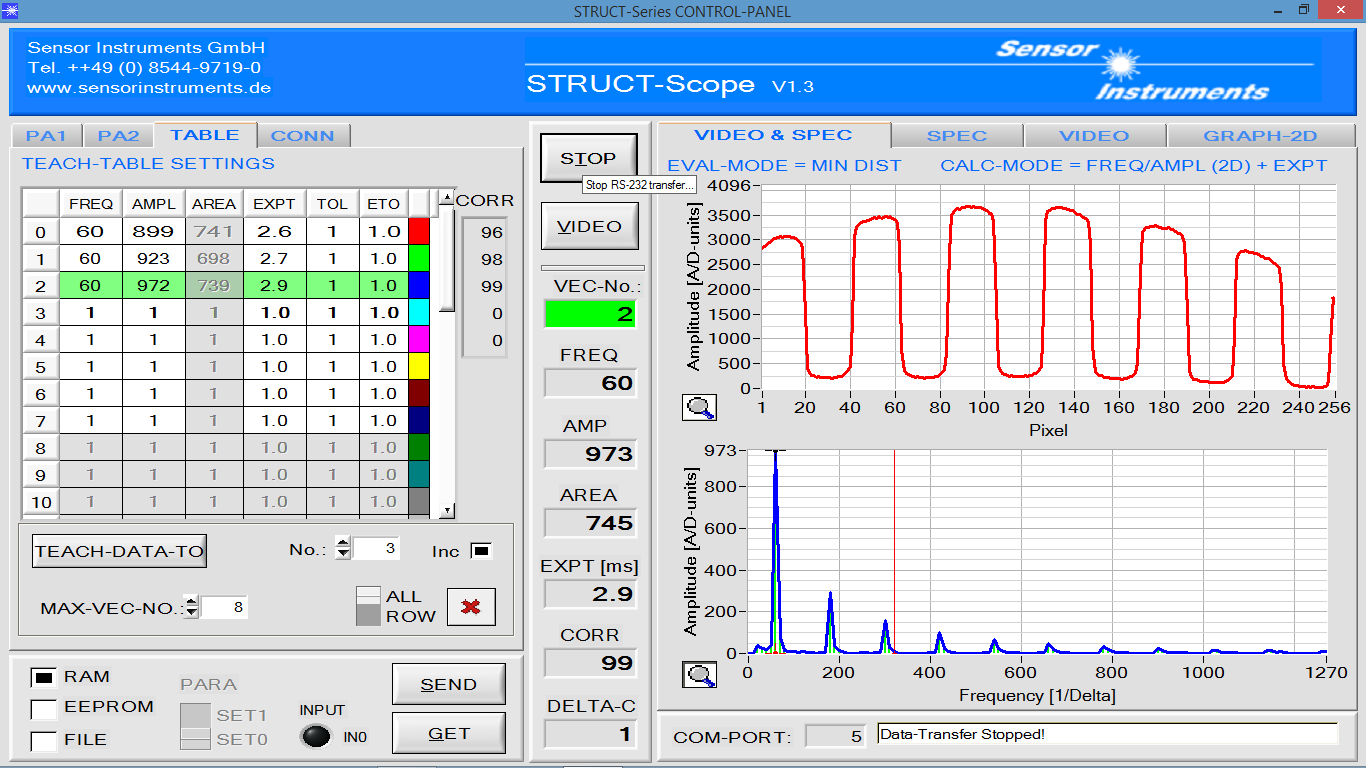 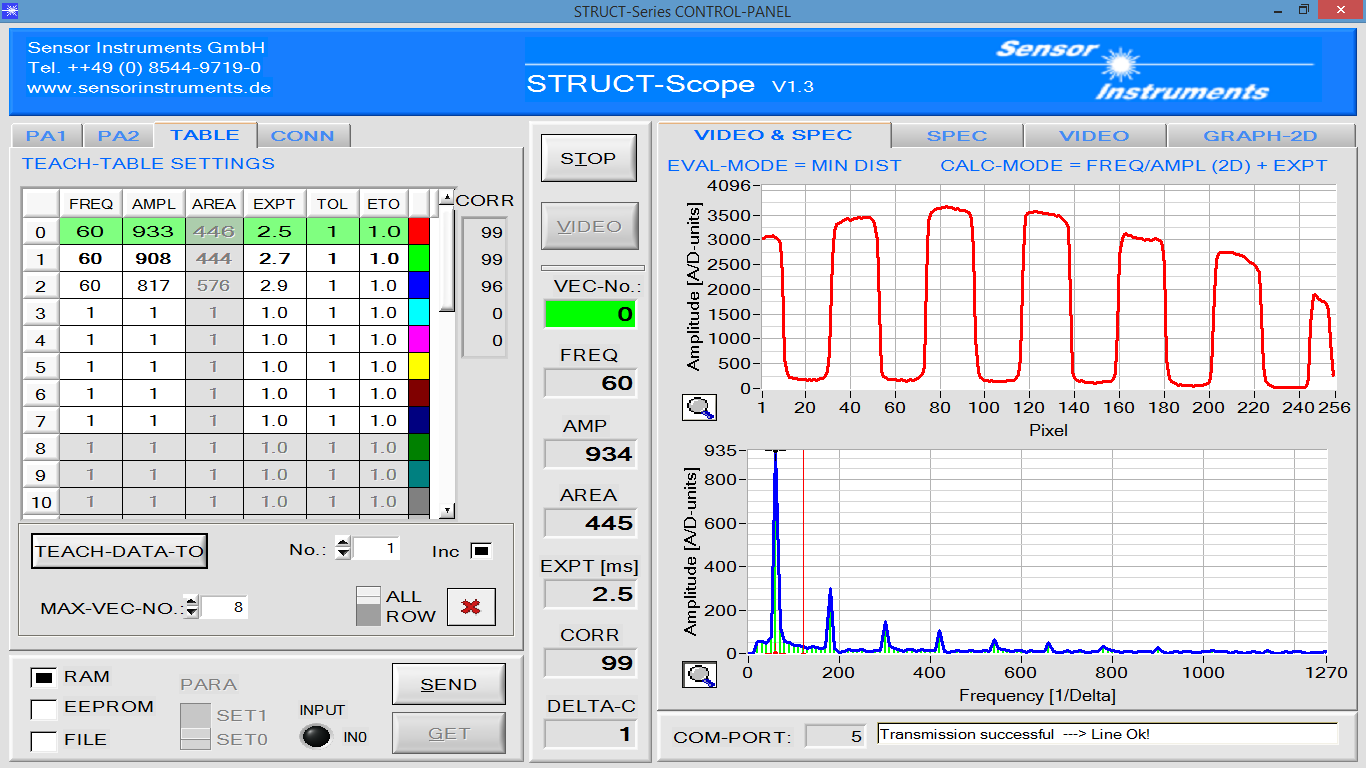 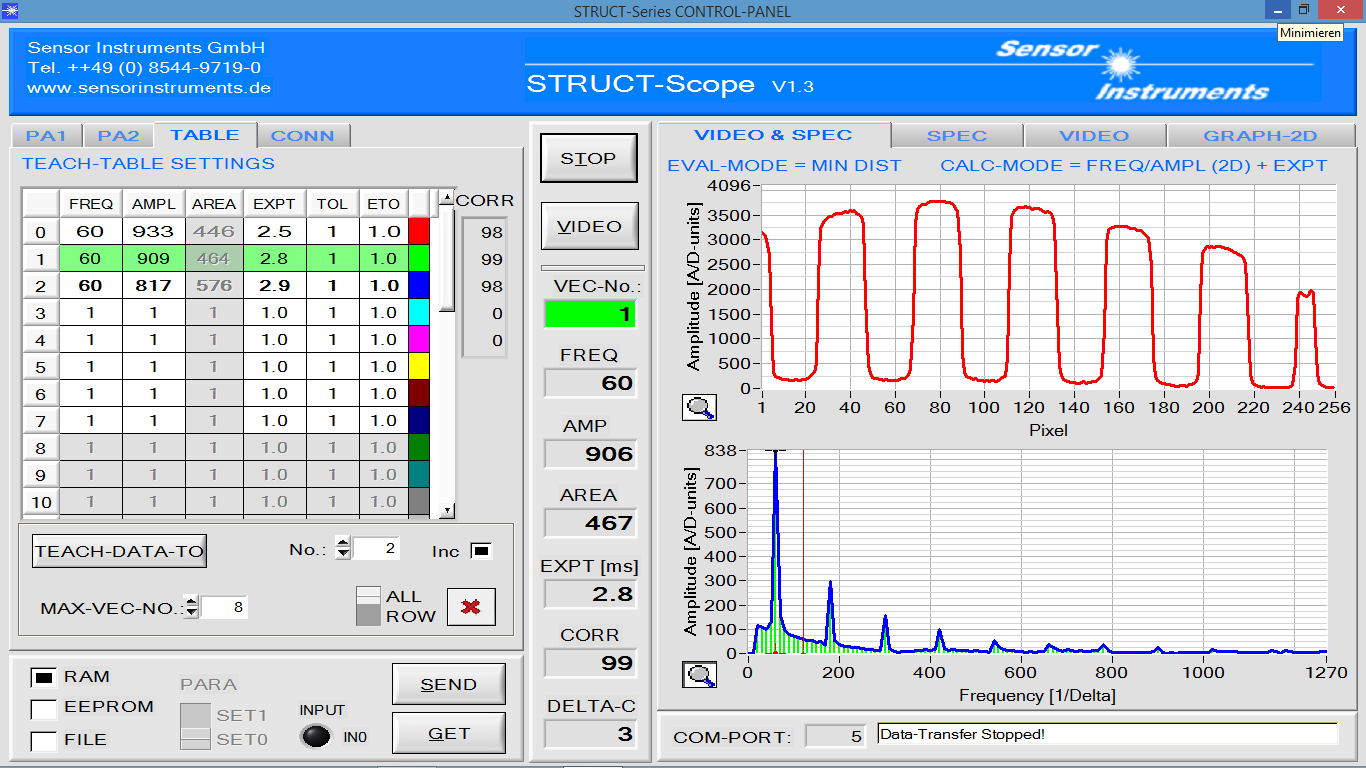 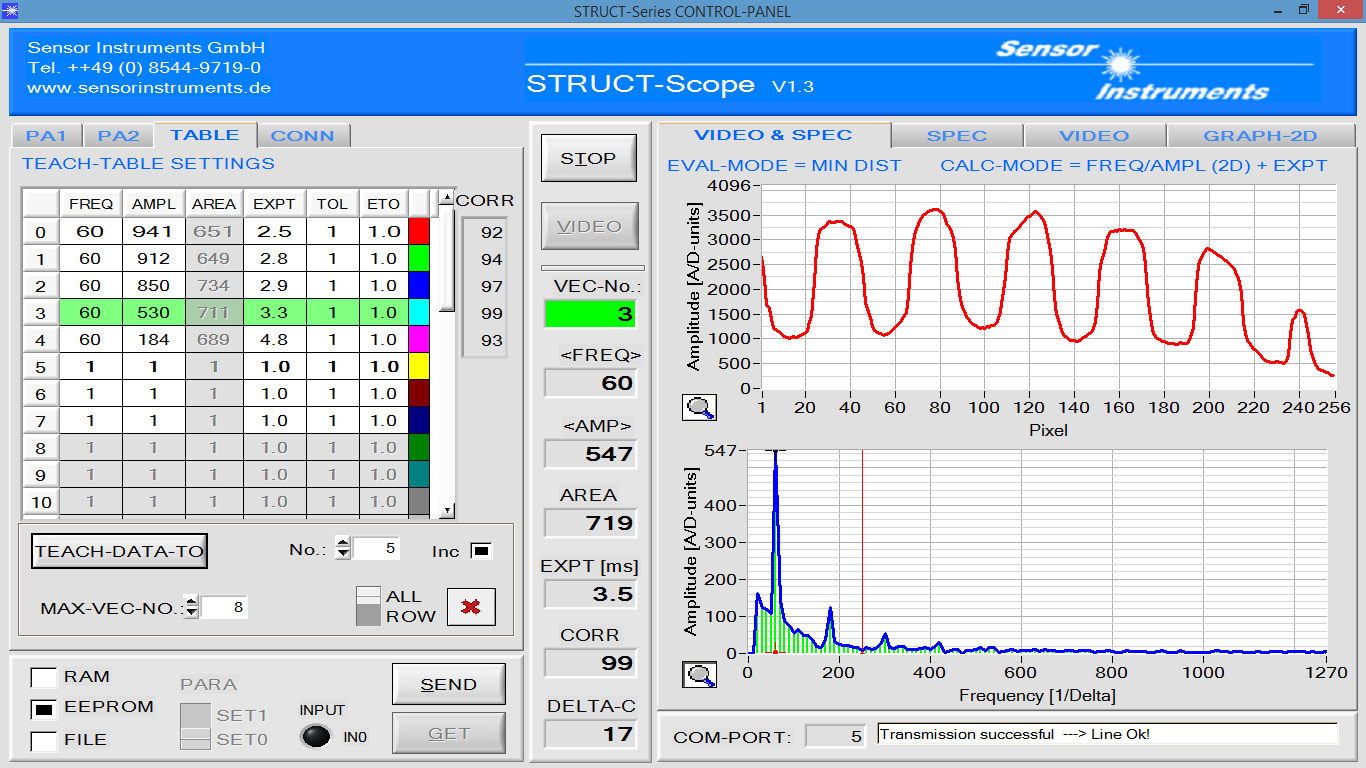 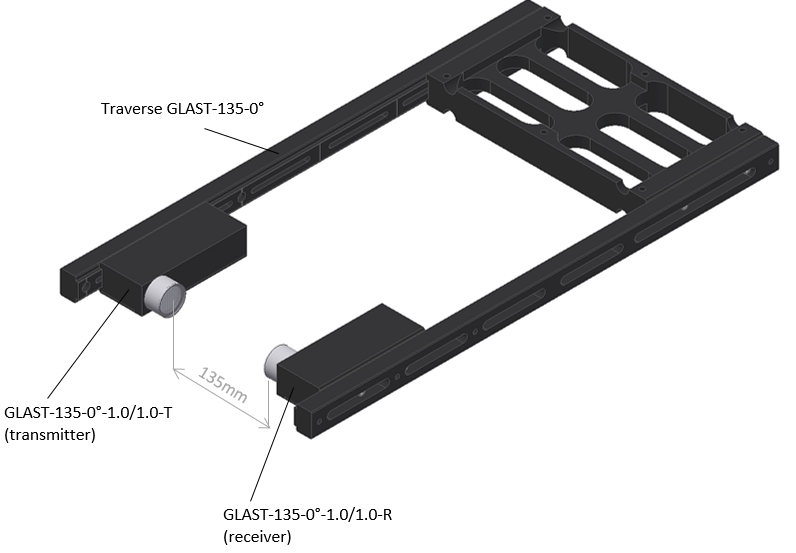 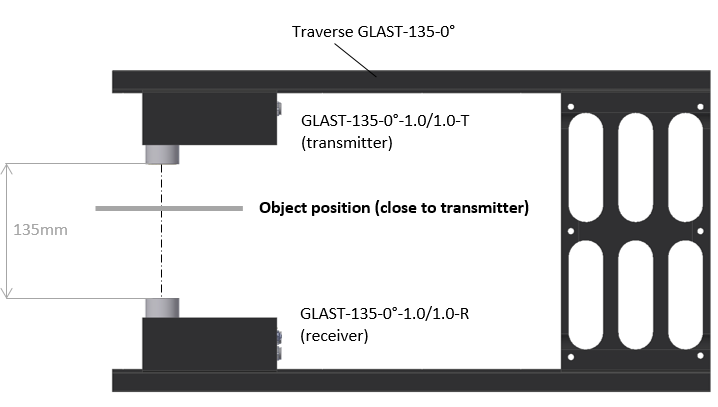